Putting your goals out there in public generates accountability and responsibility. Ever since I posted my financial goals for 2021, I tend to go back to the goals I had earlier this year. Although it sounds like a million years ago now in crypto terms, the goals I set in January seem lofty. Looking back I wonder what was I even thinking back then :P 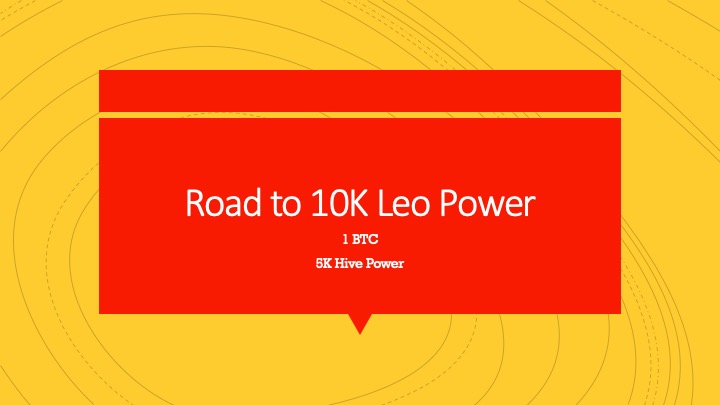 I misjudged my ability to post everyday. I thought I would remain active on Leofinance all 365 days a year, which pushed me to have this lofty Leopower goal. Turns out, I cannot be equally active everyday due to my work and personal priorities. Not being able to post daily on Leofinance forced me to buy my way into the goals I created. In February I bought 1500 USD worth of Leo tokens, which helped me to keep my Leo goals on check. Now, I sit at 4.37K LP and that seems alright if I break down my required Leopower holding to achieve my 10K goal by the end of this year.

This was always a difficult one with the recent price rally we saw this year. When I set my goals the price was at around 30K. Things have changed a lot in the last two months where the price reached 57K and came back down to 44K. Well, I did not flinch and have been meticulously DCAing my way into owning 1 BTC. I have stopped thinking about the price altogether. I know that If I invest enough time I may catch the lower lows but it is time consuming. Rather, I am Dollar Cost Averaging and it is okay so far. I managed to own 0.09 BTC in the last three months and it is not bad at all. Well, 0.91 BTC more to reach that magic number.

I have focused so much on Leo and BTC, my goals on Hive and owning a house seem to have neglected. I used my Hive earnings to purchase Leo and that negatively affected my Hive goals. Also, the hive earning I anticipated to have from dCity reduced significantly. I am at 1.69K HP and still need 3.4K HP to achieve that 5K figure. I will have a separate post on owning a house soon. That's another saga on its own.

Now I have recorded my goals on public blockchain, I made them immutable and it will be fun to look back to them in a month from now. Keep hodling.