The first days of July saw a significant increase in the assets of whales holding 1000 to 10000 BTC in their wallets. The assets of these Whales exceeded 4.5 million in February, breaking the all-time record. Later, with the decline in the markets, the sales of the whales increased. But this month it reached the highest levels of the last 2 months. Let's examine what this means. 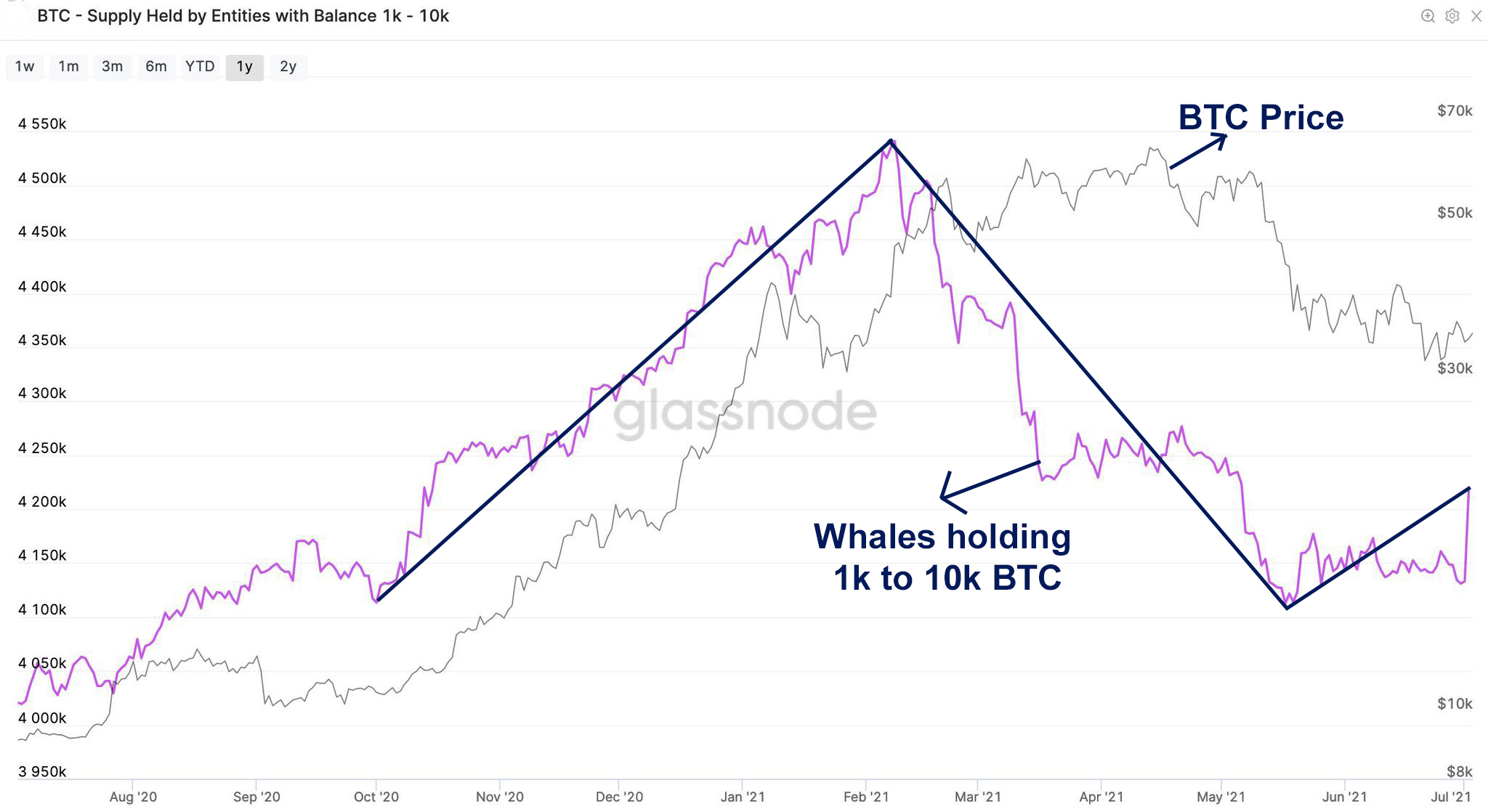 According to Glassnode data, there is a significant increase in the assets of whales holding 1000 to 10000 BTC in their wallets. With the bull run in February, the presence of these whales broke an all-time record. With the decline in Bitcoin (BTC), some whales started selling their holdings. There was a serious drop last month, which meant some whales were selling their holdings.

In short, the latest data may be a signal of a bull run. Despite the sharp declines and rapid rises in Bitcoin (BTC), it seems that whales have a desire to buy more. In such cases, the fluctuation in the markets may be more. Because on the one hand, there are those who want to sell their assets between $35,000 and $40,000, but on the other hand, there are those who want to buy more BTC close to $30,000. Current statistics show that the number of those willing to buy is higher, which signals that the bull season will begin.

These are my thoughts. What do you think?