After reading all about crypto lately and my feed being all about the digital currency, I was interested to see some old 1800's notes in the #silvergoldstackers discord from @vgholdingsllc. So to change the finance component a bit, I thought I'd show you my nostalgic Australian fiat collection.

I have always loved collecting coins and stamps as a young kid, and thanks to engaging with the #silvergoldstackers community, I also caught the silver stacking bug.

Below are a few examples of older Australian Dollar notes. Previous to decimal currency, and these notes, being released, Australia mirrored the Pound currency of the United Kingdom.

The Australian paper $1 note was issued between 1966 and 1984 after which it was replaced by the $1 coin because of the short lifespan of the paper banknote.

The one dollar note is a dark brown coloured note with Aboriginal bark paintings on one side and Queen Elizabeth II and the Australian Coat of Arms on the other. Each note includes two signatures and a unique serial number. The brown colour was chosen as it was the same tones used in the 10 shilling pre-decimal note it replaced. 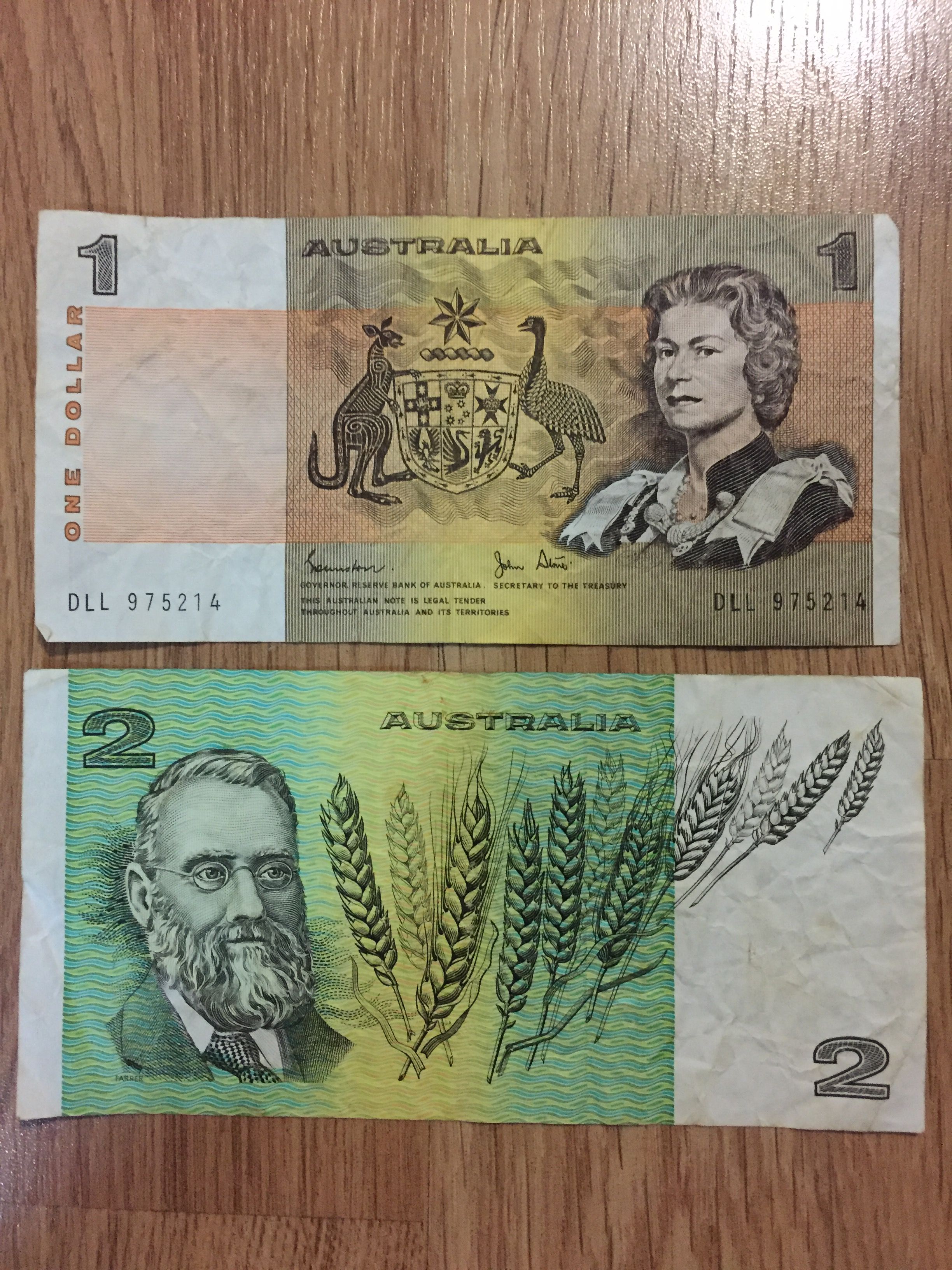 The $2 note was circulated between 1966 and 1988 after a total of 1,634,578,903 notes had been issued. At this time Australia minted it’s first $2 coin as these lasted longer than the paper note and resulted in a significant saving for the government. Issued in 1967 with the introduction of decimal currency in Australia, this banknote features Sir Joseph Banks on one side and Caroline Chisholm on the other. My particular specimen is from the last mint in 1991 before the new polymer note was introduced in 1992. 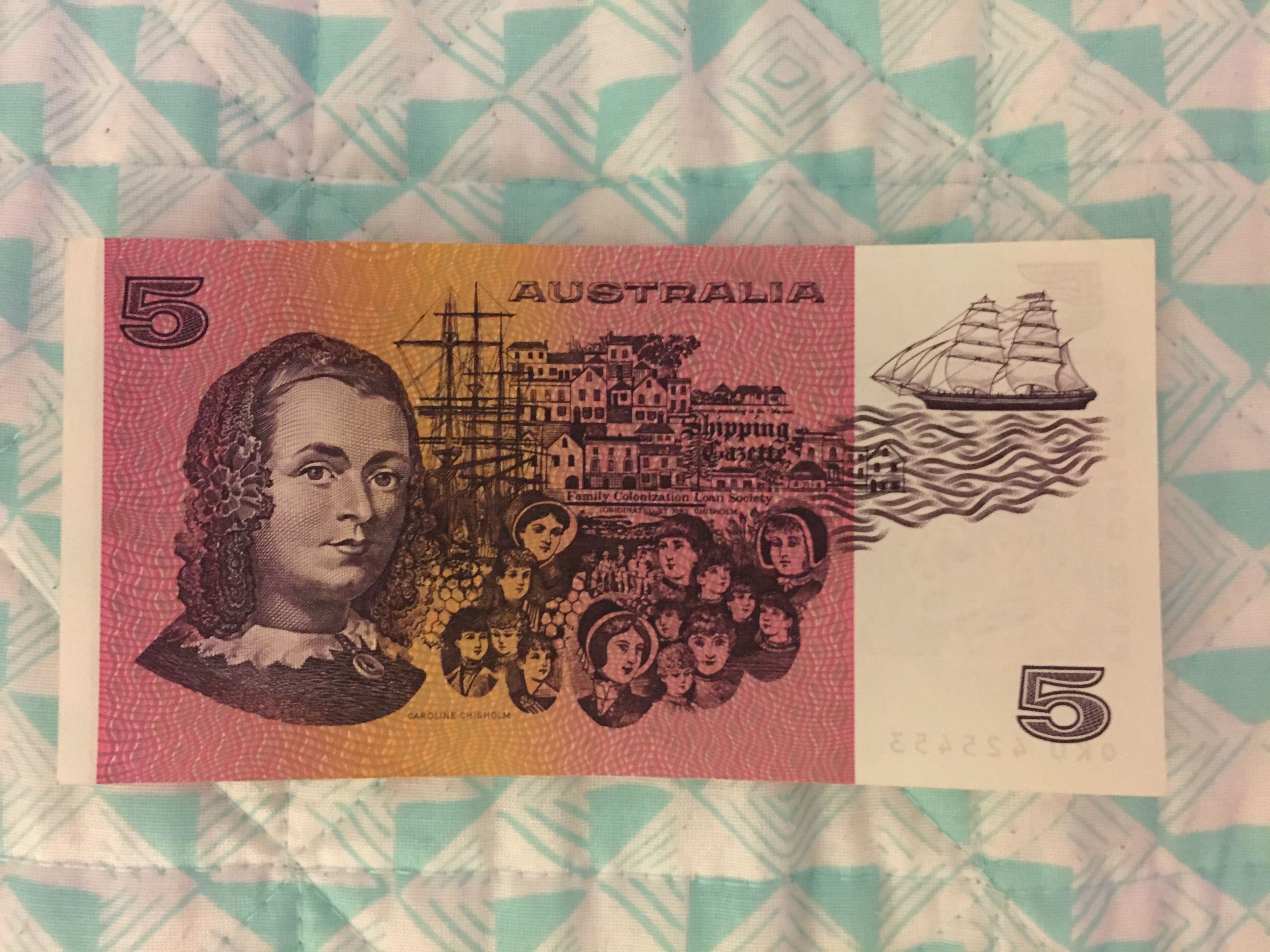 In 1992 the paper note was replaced by a polymer note which was longer lasting and had better security features: 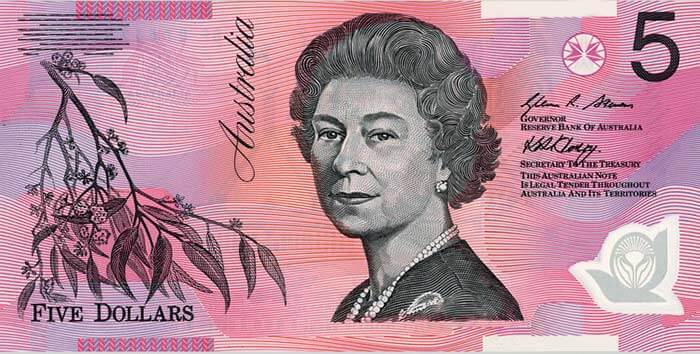 And then in 2016, the note was updated again with better security features to combat counterfeiting: This is a $AUD10 commemorative note that was released during Australia's Bicentennial in 1988 to recognise 200 years since Europeans settled the Australian continent.

The note is the first polymer note released in Australia.

The obverse design contains the sailing ship HMS Supply anchored at Sydney Cove with the early colony in the background. The people featured on this side symbolise all who have contributed to Australia, from the early settlers to the modern working man. 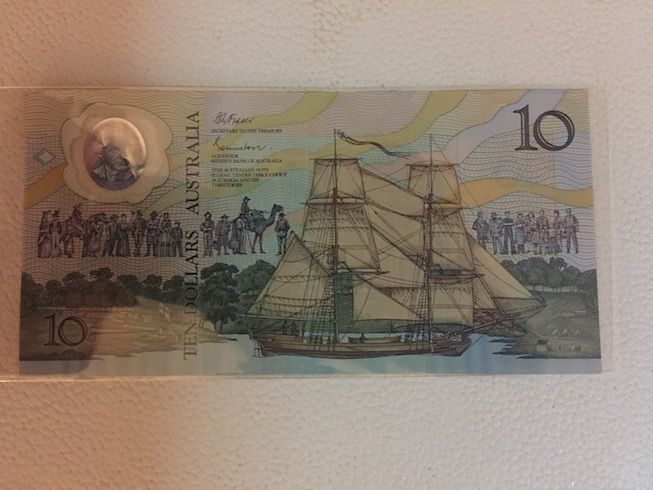 The reverse side includes portraits of the aboriginal population. The main picture is of an aboriginal youth with ceremonial paint. As you can see, it was a much larger version of the next $10 polymer note that was introduced in 1993. 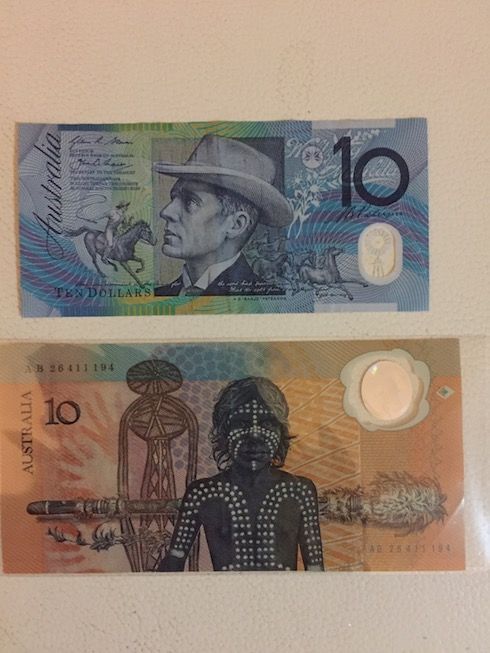 The security features and design of the 1988 commemorative note laid the foundations for Australian currency to convert from the paper notes to the polymer notes. Proving that they were longer wearing and more resistant to counterfeiting techniques.

It is a great note and nice example of the evolution of currency notes in Australia.

All of these particular notes are not of significant value or collectable in any real way, however, I wanted to get one of each as a nostalgic reminder of my childhood when you could go down to the shop with a $1 note and buy yourself a pie, a coke and a bag of lollies and still have change left over for tomorrow. Those days are gone, but these are the types of collectibles that remind us of days gone by! Perhaps they will be worth something in years to come, if not, at least something for my kids to show their kids!

I just love the 1988 $10 AUD Note featuring the HMS Supply, it would 'Siriusly' compliment the 1988 First Fleet Commemorative Silver coin I have. Would there be a banknote with the HMS Sirius too?

I see what you did there! Thanks for taking the time to read!

That's a pretty awesome history of the notes over there. Our dollars are boring and don't change much. I'm sure they will be going away once they figure the digital currencies out.

Thanks for sharing this @scooter77 !

Sadly I only just started the note collection recently so I don't have the cool old ones. There are probably some laying around my parents' house as my dad collects coins and things (though I don't know about recently as apparently my mother put a veto on buying any more coins til he sells some XD).

Nice one Scotty, I have a coin and note collection going back in time too and have started to document it on LF. With the likelihood of 'cashlessness' coming to a town nearby, it made sense to me to open a 'Fiat Museum' of sorts.

I look forward to more such posts and think they are a fine addition to topics covered on LF.