Start our own HIVE Tribe - Get funded by @spinvest

spinvest in LeoFinance • 4 months ago

Hello everyone, have you ever wanted to start a hive-engine tribe but lack the funds to get started? There has never been a better time to start up a new tribe on HIVE. We are in a bull year and onboarding lots of users make's it the perfect time to launch a tribe. If you have a solid idea, an existing HIVE or non-HIVE community and the drive to promote and move forward, you're almost guaranteed 100% funding from SPinvest.

Sorry, I mean HIVE needs better tribes. Anyone can start a tribe, pump it for a few months and then get bored when they see it's not easy work, move on to something else and let it die. We need better tribes, tribes that already have small communities looking to expand with leaders that take charge and get things done. Do you have a youtube channel, Reddit subreddits, Facebook groups? Bring them to HIVE and let them get free money for producing the same content. If you can bring ready-made communities to HIVE, SPinvest will fund it.

A tribes niche could anything that you and others are passionate about. The only thing we will not fund is gambling so that leaves about a million other things. Something to consider is, a tribe about freebies might not be as profitable as a tribe about gaming based on comparing the spending habits of one userbase against the other. You would also need to plan to have customised frontend upgrades exclusive to your tribe. Remember you will want people to hold, stake and buy your tribe token so you'll need to provide them with a reason to do so. When LeoFinance added LeoDex, its token price and demand increased, when they upgraded the UI, the token price and demand increased. You add layers, always grow and your tribe increases in value because token holders love to see and be part of progress in real-time.

Who is this funding for?

If you are someone that wants to make your mark on Hive's ecosystem (ambition), have a great idea (idea) for a niche tribe and a driven work ethic (do'er), this is for you. Simple as that, 1,2,3. Ambition + good idea + do'er = better chance of success. We'll back you if you can tick all 3 of these.

You dont need to be a tech whizz to head a HIVE tribe, the more you know the better as SPinvest would ideally like to provide funding and leave you to it. We have some connections to devs that can help people but you need to have a solid idea, including some sort of lite paper with your vision and how you are going to do it, tribe tokenomics, promoting, income streams and your team. Sort of goes without saying that anyone applying for this funding will be crypto savvy and understands basic tokenomics.

What funding is available?

BEE is the hive-engine utility token and this is what token is used to pay for HE services. They are loosely pegged to 1 HIVE.

A basic tribe with some miners will cost roughly 5200 HIVE are just under $4000 at today's prices. Please keep this in mind when applying. First impressions and all that 😉

What does SPinvest want in return?

Simple, a slice of your tribe token and or miners

The percentage will be different for each tribe we fund. It's a risk to reward for us. If we think your tribe could have a token market cap of under $10,000, we will want a large slice. If we think your tribe token could have a market cap of $250,000 someday, we will want a smaller percentage. If you look at some tribes on hive-engine, you can see most are worth more than $20,00. Mining token hard caps are much higher on average. Most of these tribes have small user numbers and have never made any upgrades from day 1. It would not be hard to capitalize on this lack of action from many stuck in the mud tribes by being active, shamelessly promoting your tribe and making changes are upgrade's to your frontend. As an example, look at LeoFinace and how it started under 2 years ago. If you can show to continually be improving your tribe, people see that and they will hold, stake and buy your token knowing you're on your front line. A $50k market cap should not be out of reach for most hard-working people.

How to apply for funding

If you believe you have a solid idea to create a new tribe for HIVE, please DM silverstackeruk#3236 on discord.

Please understand that I can help out a little bit with the tokenomics by explaining some things but I do not want to be designing your token distribution plan. If you want to apply for funding, have your idea well thought out, have a word doc with a plan/white paper so I can see your vision. Know what sort of inflation, rewards, etc your token will have because these are the questions I will be needing to know the answers to. Basically, I need to see you've put time into the thought and you have not just DM'd me and with 4-6 lines hoping you'll get $4000 of SPI token holders funds cause that's not gonna happen.

There is no time limit on this offer. If you think you have an idea for a tribe, work on it for a few weeks and hit me up 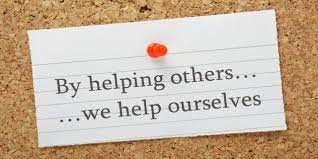 Music4Life got funded and now they are flying

The new M4L tribe launched only 6-8 weeks back and it's growing from strength to strength. The founder, @al-fund took his HIVE community and has transformed it into the new hub for music lovers on the HIVE blockchain. He got funding because he presented a well wrote lite paper, he had all his numbers worked out, future plans and how to achieve them, his team and show past/current projects he's worked/working on. We spoke and I got a good feeling that he was a guy that will do what he plans to do, he was well prepared, knew exactly what he wanted to build and required no help from SPinvest other than some friendly advice from time to time if required. He took 4100 and a loan of 1000 HIVE that he paid back after 4 days. SPinvest offered a small loan instead of taking a bigger slice of the VIBE token supply, if SPinvest owns 50% of all your tribe tokens, your not gonna be motivated, right?

Today the https://www.musicforlife.io/ tribe is growing in numbers, the team are about to release the new UI to include a M4L radio player that will contain original content from users. They have already launched a website called https://vibes.show/ that lets people book slots to perform. Users looking to watch that show can pay a fee in VIBES set by the performer. Think of it like online basking. They have also got the ML4 tribe token VIBES integrated into rising star and I hear there are plans to integrate it to HASHkings as well. Lots of stuff happening and very fast on the mark.

VIBES tokens are trading for 21 cents each with only 151,000 in circulation because of a slow inflation rate. That's a market cap of over $30,000 and they're going to get started.

Is your tribe next? This is a well meant funding method for anyone to get a tribe going, although in the beginning people tend to try and protect their assets. But for sure is one way to get things started without requiring to put the funds by yourself, could help with rolling on. I am thinking of a crypto project, but I think that I need to leverage multiple chains to serve the intended purpose and user base expansion.

I want to start a tribe but I’ve had a problem with fund. This is the perfect idea to start a tribe.
I have an idea and I’ll share it with you guys.
Thanks for the opportunity.