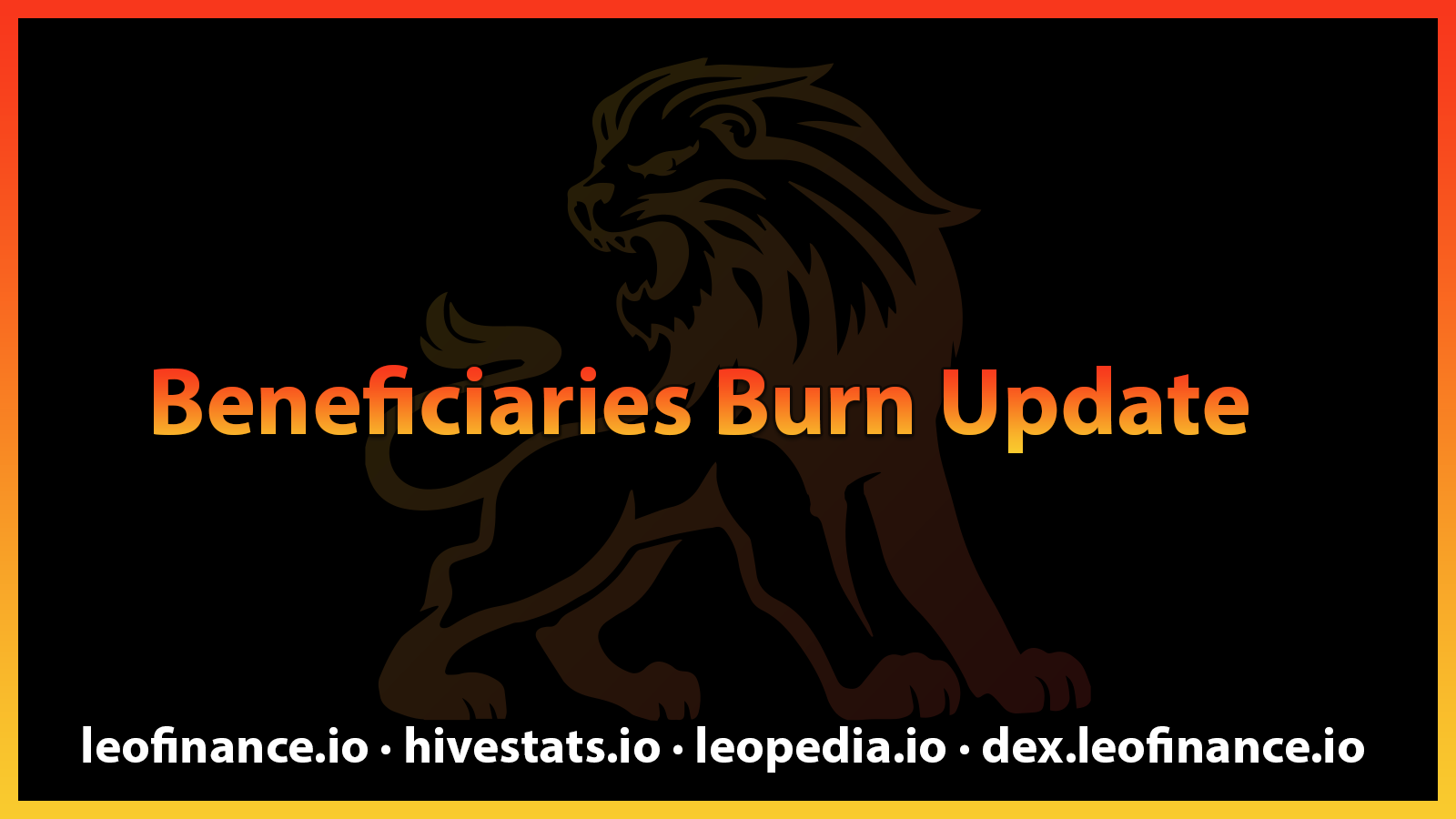 We've recently added a few changes to the LEO economy and to the condenser interface. The changes to condenser were mainly some link fixes, a few UI tweaks and a canonical links update that Eonwarped put together to fix a linking issue that was pointed out by @holger80.

This is a feature that was spearheaded by @neoxian on the Neoxian.City tribe. We've just integrated the feature for the LeoFinance community.

This feature burns 10% of the LEO rewards (only affecting LEO -- not any other token/HIVE) on posts that are not created on the https://leofinance.io website. Neoxian coined the term "city tax" when he implemented it and I think that is a good way of thinking about this feature.

We've made a few posts recently talking about the many benefits of posting from https://leofinance.io including ad revenue for token burns, canonical links, traffic rankings and more.

However, it's not quite as valuable as native content and so, the LEO rewards should logically be less on those pieces of content comparative to native posts. Neoxian's way of considering this a "tax" for not using the interface is a great way of looking at it.

Posting from our interface has benefits to you as a content creator as well:

Now when you're on any LeoFinance website, you can easily switch to another one with the main nav menu. 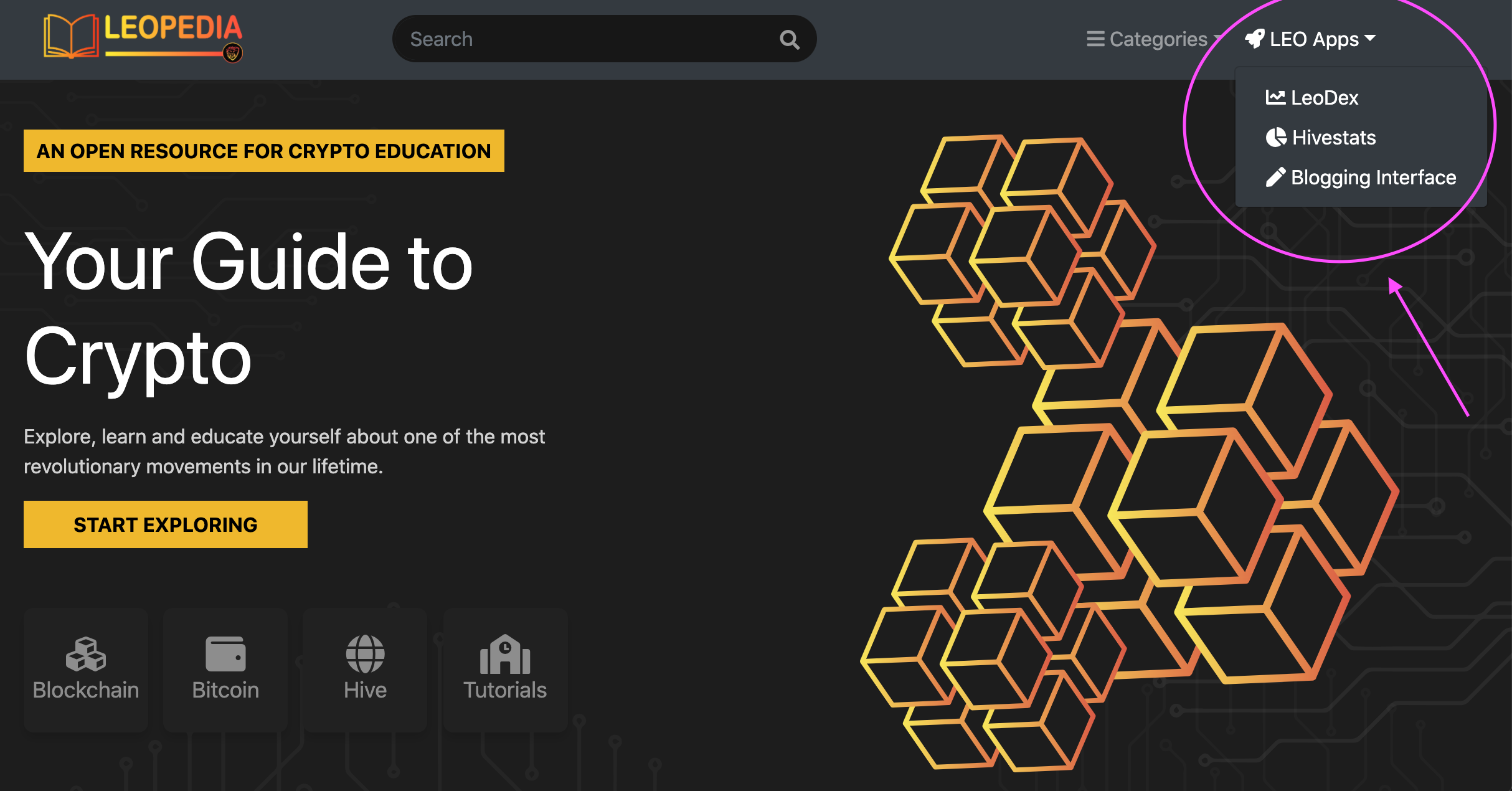 Coming soon are the updates to the Hivestats.io interface that everyone's been waiting on. The Hive-Engine integration is almost complete and that will be the next phase to roll out this week. After that, we'll see the next phases on the hivestats roadmap follow shortly after.

Glad you like the idea. Surprised more tribes didn't jump on that faster.

Yeah this is awesome for the tribe. Love all the work that is going on.

We love that tribes are working together to implement best practices!

There was some tribes that gave no tokens at all if the post is not made from their interface.
I think this 10% tax is the better way to go.

Honestly i would go even higher. There are many that make a more a respectable amount of leo tokens, and I doubt they have even bothered to log in once in the native interface. Hopefully a 10% tax will be enough :)

What a good delegation manger tool for hive. Some of the ones I use cough Steemworld isn't you know not on hive....
What a good one on Hive?

We’ve got that tool on the roadmap for https://hivestats.io. You’ll be able to manage delegations directly on that page (which should be similar to your prior experiences - but better) ;)

Will this be applicable on comments payout too?
What will happen in below scenarios
Scenario 1. Post is done from leofinance interface but comment is done from other interface.

Comments should be unaffected by this change. I will check to make sure and then comment back here, but it should only affect top-level posts

Good idea. It's pretty normal that the guys posting directly from leofinance.io should receive a bit more Leo rewards.

I agree! There is a lot of value flow for content that is natively posted, so it's a natural phenomenon for native content to earn more than non-native.

I guess it's about time to start buying LEO instead of trying to earn it thru content posts!

You still earn it. Using another front end reduces the pay out 10% but you still get the 90%.

Good to know, thanks for the tip!

Beautiful development around the Leofinance community. This might cause an offset (reduced) contenting on #leofinance for a while, bu then, it would scale back when people understand actually the awesomeness of posting via the Leofinance frontend. I'll make an elaboration on this later.

Meanwhile, does the urn affect the curator's reward? Is the 10% "tax' applied on the author's reward or it also affects the curation reward?

The curation will remain the same.

You guys should put a link to your main website on this blog page. Help more people get there easier.

I think it is a good idea for the health of LEO ecosystem. I want to post through leofinance.io but I want my content to be on the HODL community. Is there any way I can do that?

Use the hodl tag in your post or whatever the tag is they use.

Just that easy? I will do that tomorrow then.
Thank you @taskmaster4450le :)

Nice one! I actually don’t mind the tax and that it’s burned since it’s basically donating to the community too! It’s great that both ways offering an improvement for the ecosystem! I think that native content could also have a cheaper rate to promote which would encourage posting natively too if they want more views

Good idea it makes sense :) out of curiously have you seen any change since you changed the conical links?

I would guess it is too soon. IT might take some time for that to filter through.

This is more in line with cooperative currencies.

Often, they offer a discount for using the currency as opposed to the main one (USD or whatever).

We are seeing a similar thing here.

I dont look at it as a tax as much as there is an incentive to use the Leofinance.io front end to post.

It is rewarding those who are supporting the ecosystem while also, hopefully, pushing the growth.

Awesome! Joined Leofinance a few days back, and I must say I'm actually impressed with whats going on in the community. :)
Keep up the good work!

Sounds very fair to me,

I think 10% is a reasonable starting point for a new initiative, although I'd echo those comments that say it's maybe too generous - maybe consider seeing what impact it's had after a month or two and then upping it to 25%, or thereabouts.

So I wasn't sure exactly how to use tags but I guess tagging #neoxian and #leofinance in the same post works sometimes!

Now if only the LeoFinance front-end didn't look and act like clunky old Steemit...

I can't get enough of saying how amazing this #LeoFinance team is! The guys keep bringing news to the LEO ecosystem. I just have to thank you for your serious and transparent commitment. Congratulations for more updates and thanks as the community gains a lot from it.