You know I want it.

I was expecting you :)

You used 6 different categories for your content and hive-167922 was the most popular, chosen 39 times.

The post titled Got a question for me? A rare AMA with Taraz earned the most comments with 105 replies.

The post shared with the community the most was prepare-the-bear which was Re-blogged 17 times.

Your average vote weight (to the nearest whole number) in April was 26%.

You spoke to bashadow the most, leaving 36 comments and ryivhnn spoke to you the most with 61 comments.

You upvoted papilloncharity the most, 46 times, and chose to issue 4 downvotes to pressfortruth. 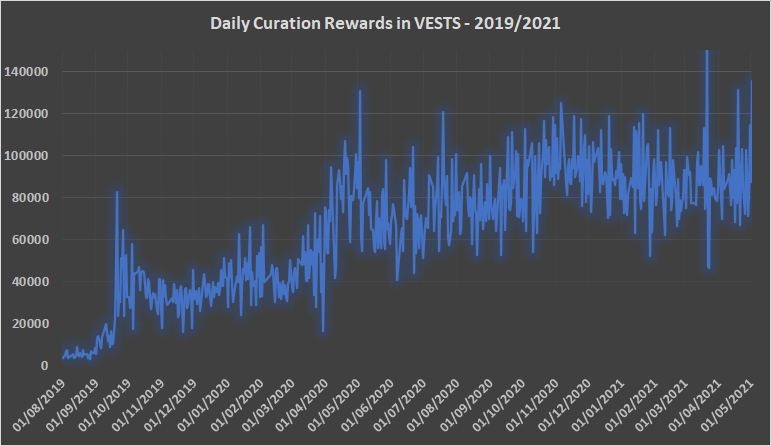 Only 50 more posts than me in April, fair play for keeping up the pace :)

I was expecting you :)

Not too bad at all. It will be interesting to see that curation become a gradually increasing smooth line after the hardfork. I definitely need to up my commenting game this month though - the last 6 weeks have been a bugger.

You would expect little change, excluding powerups/downs, from week to week on the CR front following the fork.

My commenting is pretty much 0 at present outside of my own content, shame, shame...

Sometimes, it is good if life gets in the way.