Jerome Powell Goes On The Offensive

We know things are not as they appear, especially when it comes to Washington DC.

For months, Jerome Powell toed "the company line" when it comes to his discussions in public. Of course, this makes sense since the Fed Chair is in his position until the end of January. To retain his job, he needs to be reappointed by President Biden and confirmed by the Senate.

What was a given not long ago might not be as it appears. As always, reading the tea leaves in Washington is a fun trick to pull off. 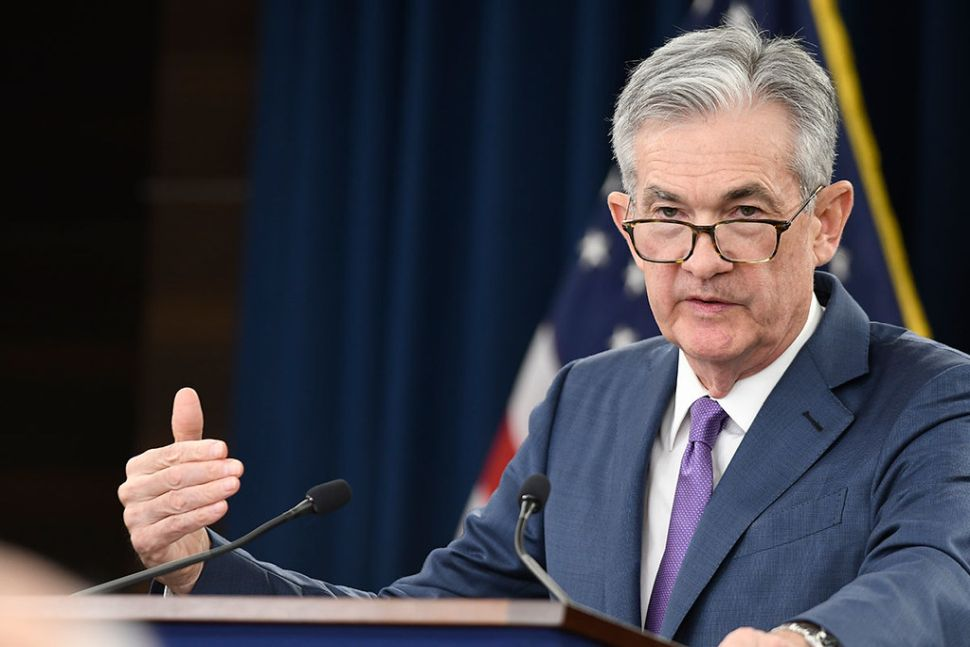 One of the big strikes against Powell is the "trading scandal" that is taking place at the Federal Reserve. Naturally, in Washington, everything is made a bigger deal than it really is.

A couple of member resigned over trading on what is perceived insider information. This was brought up by the esteemed Senator Warren in her questioning of Powell. While the Chair answered the questions, he simply should have stated the Fed was following the lead of Congress. If the nation's legislative body can engage in insider trading then surely it should be policy for the entire country.

Powell, however, did not say that. At that time, Senator Warren stated she would not support confirming Powell if reappointed. What was also presumed was that Powell was going to get to keep his job.

That was before a big deal was made about Powell's trades. There were trades of between $1.5M-$5M earlier this month. This was just before the market sold off.

Of course, if we take a closer look at the trades, it is evident that Powell did a poor job timing the market. In fact, if that was his goal, he missed by a wide mark. The reality is that he is entering and exiting positions all the time. This is common and not prohibited by law. There were a number of trades of lesser amounts for a number of months preceding this only to be ignored by the media.

Alas, in Washington, everything is under a microscope.

Powell Goes On The Offensive

It appears that Powell is starting to see that someone is staging his downfall. This is how things work in politics and he is well aware of this game. I believe he is the most politically savoy Fed Chair we saw. It does not, though, make him immune to the ramifications.

This led him to start pushing back against both the Administration and, in a round-a-bout way, Congress.

Speaking to the Bank of International Settlements, he explained how the dual mandate of low inflation and maximum unemployment, both instituted by Congress, is impossible in the present environment. The culprit: The Biden Administration.

Naturally, he did not call them out in so many words. He did, during the Q&A, cited the fact that forced mandates and maintaining pandemic prohibitions were stifling economic output. It was also noted that the US is presently 5 million jobs beneath the levels of February 2020, the last full month before the pandemic hit.

Especially hard hit is the service sector which is a vital part of the economy. It is lagging due to the policies that are still in place, causing a reduction in employment along with personal spending.

This is a marked departure for the Chairman. It could be that he sees the writing on the wall.

Powell took a major hit for his "transitionary" statement when it comes to inflation. The problem is that many believe that his view is in the next one or two CPI reports. That is not how the Fed operates.

Most anything the Fed does, for it to fully penetrate the economies, both US and global, takes time. Thus, when he says something is "transitory", he is looking 12 months or more down the road.

Part of the conversation to the BIS centered around that the fact that it is impossible to have sustained inflation without full employment. With the service sector lagging, it will enter economic contraction with the stimulus cut off. This, ultimately, filters to the rest of the economy.

For now, according to Powell, he sees the job market as rocky. This is in direct contrast to Janet Yellen at Treasury. She believes that the job market will clear up in the near term. It is evident she is not looking at any of the overseas data. But then, that is not surprising considering who it is.

Therefore, it is going to be the fiscal (government) policy that is going to affect these situations going forward. Since Biden is intent on pursuing the same path, economic contraction is almost certain to result. This puts the Fed in the position of simply continuing easing, which further tightens economic conditions by locking more money in the banking system, and lowering interest rates. The problem with the later is banking lending is also contracting, something that Powell is well aware of.

Powell has been very coy about where he stands on Central Bank Digital Currencies (CBDCs). This is how he operates. Quite frankly, it appears he would never favor them yet he cannot come out and say it. Anyone in cryptocurrency knows that people like Elizabeth Warren are drooling to get CBDCs passed. This would effectively put monetary policy in the hands of politicians like her.

A CBDC would be the end of the commercial banking system. It would also give Congress (in this case) full control over interest rates. While they might not focus upon that, by using programable money, the politicians could easily instill negative interest rates by having money expire if not spent.

This would radically change economic conditions, causing a massive expansion of wealth inequality, taking it to levels unforeseen before.

But then again, when do dimwits in elected office ever think of that?

Not ONE of these politicians has any sort of rational plan for what to do. They all just talk about these huge issues and try to throw money at them, lining the pockets of the people making them huge issues. It really is disgusting.

Hopefully HIVE can just keep developing and crypto can eventually swallow these politicians and spit them out where they belong: obscurity and maybe even jail (although that might be too much to ask).

You mean you arent a fan of the likes of Senator Warren?

Certainly a law school professor should have a huge understanding of the nation's economic matters.

Interesting developments I wonder what the future outcome will be and how it will impact the broader crypto community.

I wonder what the hold up in America is were driving significant change and now talks are focused on nuclear energy and incorporating bitcoin mining.

I'm not too sure how I feel about nuclear power considering we have alot of wind and sun and water.

I'm not too sure how I feel about nuclear power considering we have alot of wind and sun and water.

Ask Europe how that is working out for them. They are now piling up on coal and using that since their wind and solar did not generate enough and the reserves were drained last Winter.

Old timer needs to get out and pave way for the future! I did read up recently that stablecoins are going to be treated as a commodity. I have yet to really dig into that or if that has anything to do with him and his policies he makes but it might so I tossed it in here. I look for you for final details on these matters :)

Powell actually understands what is going on. He understands the Fed is screwed and was long ago. The nitwits on Capitol Hill also keep proving themselves to only create more problems than they solve.

He is not like by Trump (who appointed him) and is falling out of favor with the Biden administration (and Senator Warren).

That tells me he is ideal to retain.

By the way, if they regulate stablecoins as a commodity, that is another agency stepping in.

There is a major regulatory power play taking place.

I'm utterly disgusted with inept "Leaders" making asinine policies. They are all busy in a power play instead of doing what they were "elected" to do. Thankfully we are in an age where we can literally remove ourselves from the system through Cryptocurrencies ! They got caught sleeping, while the smart ones coded freedom !

well they do its often no plan just talk

Obviously what Powell did was a horrible job at the market and I originally thought they would leave Powell in his position. However I guess the blame game is about to start. Power is going to say Congress and the White House is at fault while they try to make Powell the scapegoat. Even the bill about trying to get information about every single transaction we are doing is horrible.

It does appear the writing is on the wall which is sad. In my decades of watching the Fed, he is the best chair and it isnt even close.

Or maybe he just appears that way after following Yellen.

Yea he has been doing a great job and he tried his best to fix what he could. However the market threw a tantrum and he backed off.

For months, Jerome Powell toed "the company line" when it comes to his discussions in public.

Is getting “toed” kinda like when a dude kisses your cheek only to finger your arse?

In Washington, that is how things often work.

I'll see myself out.

Well, things in Washington are as clear as mud…as usual. I hope they admit their ignorance, give crypto the same freedom they gave the Internet to develop and call it a day.

Freedom does not seem to be on the agenda of any politician around the world so I would not count on that one.

We are in for a fight. The way around this, in my opinion, is to out develop them.

True, we all must secure our own financial freedom.

Washington is nothing but a glorified circus…

If this particular climate continues and does not miraculously turn around, the next decade is not going to be a good time for politicians, and bureaucrats. Governments are gonna be changing a dirty diaper on a weekly basis.

It has to be terrible knowing that you are doing all the wrong remedies, but hey, he did agree to sign on.