Santander Showing What Is Happening On Multiple Levels

taskmaster4450le in LeoFinance • 4 months ago

Anyone who reads these articles knows that times are changing quickly. That is easy to pick up on. However, where things get really difficult is when we see something that has impact on many levels. 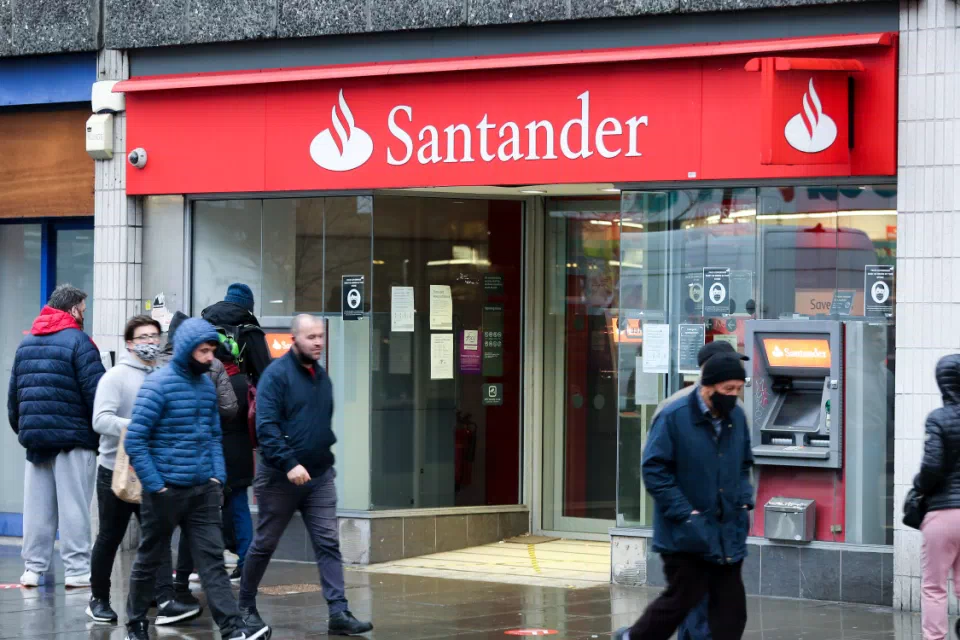 Santander bank is a Spanish bank. In a recent article, it was detailed how they are changing some of their operations. These moves are showing the impact on things at a much greater level.

The bank announced that it is closing over 100 UK branches and is moving it headquarters.

Here we see how many things are affected, which happen to show overall trends.

The closing of branches shows that physical locations are not needed. In fact, a statement by them shows how this is so.

The Spanish banking giant said it planned to shut 111 branches following a 50% slump in usage last year. Branch visits had fallen by a third in the two years prior to the pandemic.

“Branch usage by customers has fallen considerably over recent years so we have made the difficult decision to consolidate our presence in areas where we have multiple branches relatively close together," Santander's head of branches Adam Bishop said.

Of course, this is not much of a surprise. There was a time when people used there local bank for most financial purposes. This is no longer the case. With the rise of FinTech, much of the core banking business like mortgages and car loans shifted elsewhere.

All this adds up to branches being closed.

It is no secret that the move to digital across many industries. We see how online shopping is crushing the physical stores, in turn, affecting commercial real estate.

In most developed countries, there are a lot of bank branches. These often occupy some prime real estate. Nevertheless, banks are unique building that tend to make them difficult to repurpose for other uses.

This often leads to then remaining vacant for a number of years after a bank leaves.

If this becomes a massive trend, we will see a lot of branches abandoned en masse. With the trend that is in place, it is hard to see how this will not be taking place. Santander is not the only bank facing this situation.

Hence, we will likely see more commercial real estate on the market.

The Move Away From Cities

This ties a great deal into the trend just mentioned. Urban real estate is very expensive. As organizations look to cut costs, they are moving out of prime areas.

Santander is no exception.

Alongside branch closures, Santander announced an overhaul of how it runs its business in the UK. The bank said it would shift its headquarters from London to Milton Keynes and invest £150m ($205m) in building a new campus there.

One of the reasons this can take place is the work from home trend. The company is going to keep some employees off site going forward.

Around 5,000 staff will be affected by the office closures and space reduction. Santander said it would allow affected staff to work from home and use new "local collaboration spaces." All staff will remain working from home until at least June.

Cities are known for having some of their largest buildings occupied by financial institutions. Going forward this might not be the case.

Santander is a prime example of a firm that is finding the cost associated with the urban areas are not warranting what is received in return.

All of this, naturally, adds to less need for people. When closing branches, those people either have to be repurposed or are out of jobs.

In this situation, this we are talking about hundreds of jobs.

Santander said it was consulting with trade unions about the changes but expected to be able to find new jobs for "a significant number" of those affected. 840 jobs are affected.

This is an optimistic outlook but, ultimately, unrealistic. We are seeing these moves being done in response to bank losing money last year. It had to write down 5.5 billion pounds of its business.

It also had to set aside 448 million pounds to cover a spike in losses.

There is no way to deny the fact that the banking industry is automating more of its services. As this happens, we will see the industry consolidate the number of people employed. It is logical that, when branches are closed, employees are let go.

With the advancements being made in RPA Software, it would not be surprising to see some of those office workers let go too.

Here is the full article.

Automation is going to lead to many social issues - just as the rise of industrialization did 200 years ago.

The question, of course, is why are industrial countries importing so much unskilled labor when it will not have jobs for them, let alone the existing population.

Great question! Just another of the myriad reasons the immigration policies (or lack thereof) are so ridiculous by the Democrats in the US. It is strictly a political move to "buy" votes. They have absolutely zero interest in improving the country. They just want to make it so they can stay in power. Shameful.

Automation will lead to many social problems, ones that politicians will not fix.

And your question shows how the immigration situation is a political one, not an economic. If your family is starving, and you have only a minimal amount of food, not even enough to sustain your kids, do you invite 10 more people to eat with you?

This is akin to the policies in many areas.

You wonder how many of these employees see the writing on the wall. You would think being in the industry they would get a hint of what's happening. A little digging and they could uncover the reasons and at that point maybe realize that while bitcoin and crypto are partially to blame, they are also a legitimate way out. These are powerful forces at work here. Almost like the power of the tide. This isn't some subtle shift. This is a giant wave with undeniable pressure that is going to overwhelm this industry. I wonder if the focus will shift to smaller local banks or if the "tide" will take them all out to sea. Interesting times to say the least....

I would say they have no clue. I worked in an industry that was digitized 20 years ago and was moving in the same direction. There was a manager I had who debated with me that it was even a mature industry.

So no I dont think most people have any idea of what is taking place.

It is like when people are asked why they lost their jobs. Few every say they were replaced by technology. Instead it is corporate cutbacks, downsizing, company sold, whatever. The reality is in many instances those circumstances only took place because of the advancement of technology.

Do you think all those who worked at Blockbuster and lost their jobs will say it was due to technology?

Some banks do better than others, and not all are affected quite as hard but a trend is definitely developing

I think the banking sector is scared and are eager to move society in to a cashless society thus giving them more control and no more stashing your cash under the mattress.

I agree with your opinion regarding control. Digital assets were heavily suppressed in the days when they were aimed at anonymity (DASH, MONERO - 2017-2019). Now, when the ability to control finances using blockchain technology, it has become obvious, there has been approval from many states.

I think banks are starting to realise that there is absolutely nothing they can do to stop crypto.

I would like to think that everything is exactly so. Not that they see cryptocurrency as a control tool.

The biggest problem I see is that the costs of the buildings themselves put them at a disadvantage. The high interest savings accounts promoted are practically all digital. Maybe they saw that the low amount of interest they were giving cost them too many customers. The only thing is commercial real estate is essentially going down the drain.

I don't really believe in conspiracy theories. It is always more pleasant for me to find logical explanations of certain events, but now I get the impression that it is not only employers but the mighty of this world that it is beneficial for people to live without social contacts in partial or complete isolation. What do you think about this?