@hive-world 68
6 months ago
The City of Neoxian 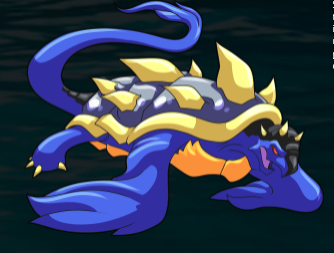 Hello splinterlands, happy new year and i wish everyone a fruitful year.
I want to thank splinterlands founder for this great initiative and i am happy to be part of it. Since I joined splinterlands I have never regretted joining it. It is a game you just want to win and it is not possible because there are many big and experienced players in the game.
I so much enjoy the game and never want to leave it.
This week's battle challenge is using Spineback Turtle in the game and talk about the lineup and the strategies you use in the battle. 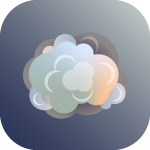 For or War: Monsters lose the sneak and snipe abilities 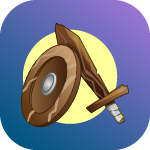 Rise of the Commons: Only common and rare monsters may be used in battles.

Spineback Turtle: it is good to know the ability of monsters even at the lowest level. I wanted to use sea monster but it wasn't available in my lineup. I realized that Spineback might be of help to me. I selected Spineback because of the high number of health and armors. Seeing all my opponent monsters with armor got me distracted and convinced me that I might lose the battle.
It took a long time before Spineback Turtle was eliminated from the battle and that is all I wanted. I used Spineback Turtle to delay from the front war so that my magic monsters can do the remaining work. It worked perfectly and was eliminated in the 4th round which I am very happy and contented with.

Kelp Initiate: The purpose of using Kelp Initiate was to cleanse Spineback Turtle from any impurity and affliction from opponent monsters. My thought was that my opponent was going to use monsters like captain ghost or doctor blight that have ability to stop crustacean king from increasing the health of Spineback Turtle. Kelp Initiate have the ability to remove poison, affliction and other impurities that may hamper crustacean king from increasing the health of any monster in the first position.

Ice Pixie: My plan for ice pixie was to support captain ghost to attack. Unfortunately the opportunity monster eliminated it in the first round of the battle; it attacked a cruel Sethropod at the beginning of the battle before it got eliminated by feasting seaweed. If not because of the opportunity monsters in my opponent's lineup, I would have won without any glitches.

Crustacean King: with just 21 mana to choose monsters, I realized that I needed a monster that would keep on increasing the first monster in my lineup so that it would not be eliminated. Crustacean King was very useful in the battle, increasing Spineback Turtle health in every round that kept it to round 4. If not crustacean king, Spineback Turtle would have been eliminated in the second round that would have scattered my lineup.

In conclusion, there are rules that suit Spineback in splinterlands, therefore read the rules carefully before selection of monsters. Supersneak is one of the rules I love to use Spineback if I have level 4 of it.
spneback turtle is very slow to attack but useful in battles.

credit to splinterlands for the pictures in this article

thank you so much and happy new year