It feels like a while since I wrote anything on this topic - 4 months since the last one and so time for a long overdue update. Previous efforts are here, more for my reference than anything else! - 1, 2, 3.

I do like the opening image on these posts to highlight some of the best features of Mallorca. This will usually include a sunset or a shot of the Mediterranean Sea, and so why break a winning formula? Apologies for my foot which is blemishing an otherwise fantastic view of some of the delights Mallorca has to offer.

So, have I been accepted into Spain as a UK expat? Yes! After 5 months of waiting and resubmitting further paperwork to prove I was insured for medical emergencies, I have been granted a 5 year visa. And as long as I am a good citizen during this time, this visa can be renewed and will allow me to stay on Spanish soil for good.

I'm still waiting to collect my card, but that should happen in the next month or so and then I can do other cool things like apply for a license to fly my drone, and apply for a Spanish driving license. Apparently I have 6 months to do the latter following the arrival of my residence card, but I may need to take an aptitude/reactions test and another practical test. This sounded very unappealing when I first heard about this a couple of months ago, but seeing as 82 year old I know who drives like crap has recently done both and I've driven around 1000km of late over here, I'm feeling much less concerned about this now.

Recently, the UK has stopped the bullshit of requiring a 2 week isolation for Brits returning to the UK after a holiday on the island, and so that has meant the tourist season is finally underway. Most of my friends, who have spent the last 15 months in the pub, are now back working in the many bars and restaurants that have finally re-opened. Most are broke, and many business owners owe a lot of rent - some have also decided to sell and call it a day, which does present opportunities for those with some cash looking for a business opportunity. Personally I would not touch anything related to tourism just yet, but there are some bargains available I hear.

A hotel in Cala Bona, looks pretty cool for those cycling by, but unless the curtains are blackouts, the ever changing colours must be well annoying.

The car has been very handy and allowed me to visit friends (see photo 1) and places I've not previously seen on the island. Finding a Cala with just a handful of people there and super clear water to swim in has been common, Mallorca is just awesome for this, and you should visit! Enough hot air from me for now, and I shall leave you with a couple of balloons which passed rather close to my residence a couple of weeks ago. If you can speak German, you may even be able to hear and understand what the passengers are saying.

If it is 'look at that tool recording us', no need to share that with me :)

That is a very good first pic, I think it encapsulates all that is good with the sun and the sea ;OD

That colourful hotel is one of those classic, seems like a good idea annoying as fuck types of ones that you would totally hate.

Was aiming for that :D

They got a photo out of me but I'd certainly not pick that one to stay at.

Sea view and no sleep. LOL.

You achieved your goal, you win the blockchain today!

Country side looks delightful, great place to take a dip and cool off!

Seeing first photograph perhaps the one with friends was needed 😄 young and beautiful!

There are so many of these places, we really are spoilt for choice!

Thanks for the tipu Joan!

Always great to meet friends, such a beautiful place to relax and reconnect.

I am glad you also appreciate a fine bit of scenery :D

You are an artist man

The lighting worked a treat, total luck, and well... you know :)

Oh you would need a license to actually fly your drone? That's suprising, I didn't know of this. Anyways endless paperworks and rules. I'll say as much as you're a good citizen, five years of maybe touring and beach-ing hahaha

Yes and a couple of tests too - written and practical. And the license is yearly, which is chargeable of course :)

Wow, the spending is realer than I thought, I've been thinking of leaving my country too.

It even cost to get the residence card, that's after paying for and supplying your own photos.

well, I plan to visit within the next 5 years....that is not a steep ask I guess..

how is fishing there?

You would hope that in 5 years Covid is but a distant, hellish memory.

The fishing is great, but you need to be a resident and need a license!

No fishing for tourists? That's strange!

I could be wrong but have a retired friend here who is still waiting for his residence card so he can obtain a fishing licence.

I mean, if you find a quiet spot somewhere out of the way, it's unlikely you'll be seen by the Policia 😁

Ah that's great news, things like that just take a while, thankfully the older you get the faster time goes.

Five years will go past in no time I bet.

It's also nice that it hasn't been unbearably hot, and it's getting the point now where even if we have a late summer heat wave, well it can't go on for that long, the days simply won't be long enough by mid September!

Now I've got the temporary card I'm pretty much set, and would rather the next 5 years are like the Spanish summer :)

Yesterday it was boiling and cloudy, but down to mid-twenties today and perfect for a beer, which is where I am off right now :D

sees first pic
It's nice to meet a fellow man of culture :) Do you enjoy such beautiful scenery at home or mostly at the beach ? :))

Home or beach, life is good 😁

You don't need so much time with all your energy and your will of fire @abh12345 😄
Have a nice weekend! 🍻

Well. It's good to know you're not all bummed out over there.

Certainly not the case here sir, life is peachy 🍑

I assume your assistant is an asset.

Landscapes can get a bit boring sometimes, so in this case I would say so 🙂

Great images, I'm gonna repost this so I can come back to read when I have more time

With views like these no wonder you are so happy there lol. Congrats on your Visa!

Thank you Mary, super happy about how things are here.

I've always wanted to visit Mayorca, it's in my places' list to go in a mid period of time ahead.

It seems like a pretty fun and enjoyable time can be spent there. BTW, that hotel looks beatiful, that was a nice shot -and of course, the first photo too-

It is a lovely place to visit. And yes, the first photo is top of my list too :D

I'm feeling tempted to visit that island someday, it seems I'll never be bored there. Thanks for sharing with us your travel and those amazing drone pics!

I read a post today about impactful content and standing out, took her lead on this I hope :D

Love the pair of balloons 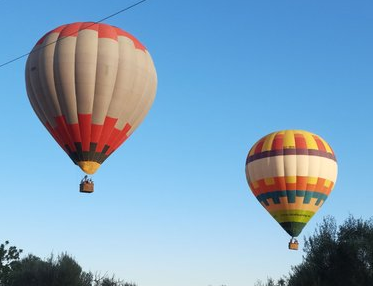 Crackers if i do say so myself :)

That's fantastic news about your visa! 2020 was an incredibly visa-stressful year for me, and it's mostly all sorted now for the moment, so a 5 year visa just sounds incredible at this point. Well done!

Glad to hear you are back on track in 2021, last year was a tough one but has given a great opportunity for me which I am so grateful for.

That's so awesome. I'm really happy you've managed to carve out a very decent life for yourself in the sunshine...

Thanks dude. It's a touch bittersweet as Covid has really knackered things up for families/businesses/etc. However, it's given me this opportunity and I'm grabbing on with both hands, literally ;) :D

Thanks for sharing such a spectacular journey. Nice Pics!!
Mallorca looks like a place I want to know :D

Thank you, it is a lovely island for sure!

Great view on that dark horizon there buddy.

If you are accusing me of clickbait, I plead guilty :)

if you use that kind of bait I will click EVERY time.

that hotel photo looks really cool. Seems a bit like a game/ has some dreamy effect.

Yeah, I probably should have taken a short vid as the colours change. Cheers!

Your hot air balloons remind me of similar balloons in Canberra visible every morning from mybackyard. All the best for your driving license and other formalities!

Good you are enjoying the views in your new homeland.:) Looks like everything is going wonderful.
Tip

Congratulations! You finally got it. If they didn't give it to you, they stood a chance of you hanging on to your view and crying goodbye.