Exciting New Tribe for TV and Film buffs on the Hive blockchain civetv.io 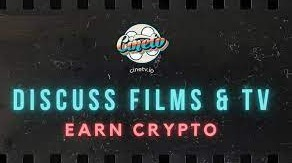 I was recently Introduced to cinetv.io by an article written by @trumpman2 and I have to be honest this is an exciting new tribe for TV and film buffs. Thanks for sharing @trumpman2 I love discussing all the latest TV series and films to hit online platforms like Netflix and Amazon Prime with family and friends when we can actually get together during these troubling times.

It creates a vehicle for us, something to discuss after long periods of absence from one another's lives.

After all what else is there to do with all the extra time since the lockdowns, the cinetv.io tribe combines two of my favorite pass times during these periods, blockchain social media and TV & Film.

Although I love writing about my journey earning crypto on @leofinance and other tribes on the blockchain, I also sometimes like to take a break and discuss technology and my favorite entertainment, what a better combination for those of us interested in all of these topics. 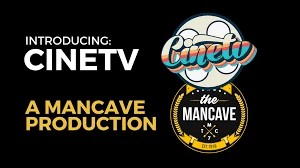 So I decided to start my first post by revealing how excited I am by the prospect of this new platform tribe, along of course with my recent finding of the @proofofbrain tribe.

I am delighted to see so many opportunities becoming available for people to share and write interesting content that others will actually want to read.

So without further a due I want to discuss possibly my two favorite TV series at the moment combined with my favorite NFTs which are fitting to the overall topic.

My two favorite TV series are The Walking Dead and Fear the Walking Dead, I just love how in both series you have the combined story of apocalyse and survival hand in hand as humanity struggles to come to terms with the devastating impact of a viral disease that turn humans into flesh eating Zombies. I was concerned that maybe they had both reached the end of their storylines and then surprised to discover that Fear the Walking Dead was just gearing up for an all new offensive as Morgan fights his way back to health after being rescued by a mysterious person.

He then sets out to exact his revenge on Ginny who shot and left him for dead, but first he sets his goals on bringing his people back together in a new safe location that he has found, isolated and secured in a walled valley. 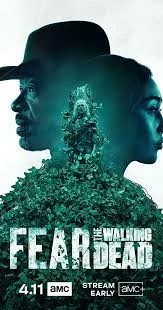 The conclusion is inevitable as Morgan does exactly what he sets out to do, by bring his people back together while putting an end to Ginny's evil reign.

The New Walking Dead new series isn't set to be released until August 2021, their first series since 2019 so I am rather excited to see how they re-invent the series and storyline to maybe bring some new life into it, who knows this may be the series that Rick is finally found “ALIVE”. That would be sure to create some mass interest as he was probably one of the most interesting characters of the series along with Morgan who managed to be one of the many successful character to play roles in both series.

AMC sure knows how to captivate an audience with these genres and why shouldn't they when they have been doing it since 2010, I can't say I found their new offering The Walking Dead World Beyond as engaging but in fairness it has potential and plenty of room to grow. 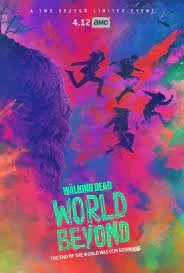 The plot for this offering is based a number of years after the apocalypse, A corporation has built alliances with numerous independent groups that has built colonies and started to regain some resemblance of normality but all is not as it seems. Worth a watch but could do with stronger characters and story lines, hopefully something we will see if they create more series. Finally onto my favorite NFTs at the moment, Zombie NFTS on the Juungle.net market place for bitcoin cash users, these where the first NFTs I actually started to purchase as I simply found that the easy access and earning potential from flipping BCH NFTs was so simple and easy to do, you didn't need secondary currencies, CPU, energy or power Etc.

You only need a small amount of BCH in your Juungle wallet just for transferring the NFTs you collect to your SLP wallet for storage.

Well I hope you enjoyed this article, I would suggest if you ain't using @pob or @cinetv just yet that now would be a really good time to take a peek, you may just find that you are pleasantly surprised as I was as sometimes constantly finding financial topics to write articles for on @leofinance can be taxing and we can all do with other options to diversify our work and create a little more spice for our readers.

One thing I would suggest if you are having difficulty finding cinetv.io use the following http://www.cinetv.io this will guarantee your browser or search engine will find it.

I did have problems at first until I extended the search, hopefully this will prevent you from wasting time setting up your account in the tribe and getting started.

Let others know about this new tribe and of course if you enjoyed this article smash that upvote and re-blog the article, it would really help me reach new readers and possibly gain new followers, which I would of course very much appreciate. Thank you for reading....

Just posted on there today! Not sure I tagged it well and it was kind of a crap post, but I see a lot of potential on this platform

Yes it sure does seem to have great potential, I love TV and Film so it gives me another platform to write those subjects for.

Tagging can be tricky, but try to include references in the article and always read tags used by other successful authors to give you some ideas.

Send me a link to your article if you have it handy, So I can look it up, I am sure it is fine, you write pretty well

I just think I skipped out on a lot of detail. Should have spent some more time on it!

Wow in fairness you took on a really huge topic as your first post, but honestly you done a really great job I loved your ratings at the end

And the conclusion about maybe feeling dumber after watching the show was Hilarious.

Overall I think you done a really great job giving the enormity of the show and overall amount of content involved, Nice to hear you picked up some English slang in the process Lmao.

Keeping a positive mindset is probably the most important thing we can do as writers, try not to dwell on issues that cannot be changed and learn from every lesson like you earned it because you have. Nice work

Really appreciate this feedback! Thank you very much for taking the time to engage

No bother pal, if we cannot help each other then the whole point of blockchain social is pointless

If you had written any more you might as well have written a book, don't second guess yourself, you done better than most would have done with such a huge topic

@jaxsonmurph! This post has been manually curated by the $PIZZA Token team!