Coinbase Does It Yet Again!

bitcoinflood in LeoFinance • 3 days ago 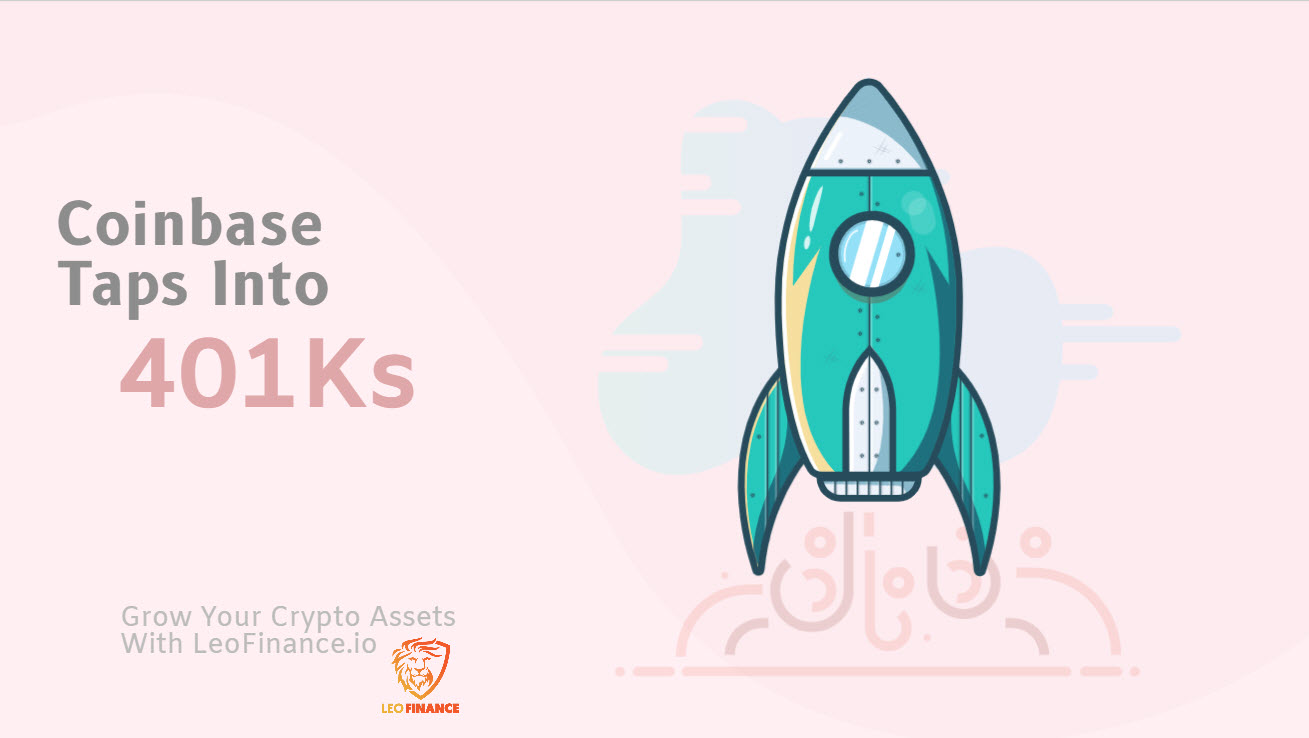 Coinbase has recently teamed up with a 401k provider to offer Bitcoin and other crypto assets into 401ks. For the most part however many people don't understand the real workings of a 401k and how it operates so let's take a look into that first.

The world of finances is a complicated and confusing place for the everyday person who works full time. The days of pensions are gone and the 401k was invested as a type of stop gap to try and get people to start investing towards their own retirement. However even 401ks and matches on them are starting to disappear.

If you are getting a 401k from the company you work for make sure you are at least putting in what they match. It's a free 100% bonus on your money.

There are two 401k options

Traditional 401k are 401ks where you put money into your 401k before you pay taxes on it. This means MORE money is added into the account so it can accumulate faster as you now have 20%+ more funds in the account to invest with. However that also means you have to pay taxes once it starts coming out of the account. Want to dip your hands into it early? now you pay full taxes plus a 10% penalty!

With a Roth 401k you pay taxes now before it enters the account. This means less money into the account 20%+ so less money to be put to work for you. However when you start taking money out of it you no longer have to pay taxes on it. That means every dollar you get out is actually yours you get to keep. This can be effective if you believe taxes will be higher in the future. Want to dip your hands in early though for whatever reason? You get slapped with a 10% tax penalty.

The first 401k provider to team up with coinbase is ForUsAll Inc. which is in control of roughly 1.7 billion + in funds. However here's the real kicker. Only 5% of those funds can be used to invest into the crypto markets. That means just 85 million has the possibility to be injected into the crypto economy a small amount.

Access to more funds and the start of possibly more fund injection through more 401k providers. There is a total of 22 trillion dollars locked up in 401ks at the moment. If just 5% was opened up that would mean crypto would have easy access to 1.41 trillion. That would push our market cap up to roughly 3 trillion a number we have yet to see.

I think this opens the doors more since before I think people could only buy into GBTC or mining stocks like RIOT.

I see we both covered this news today but with slightly different takes.

I think its good news for crypto but like you pointed out overall the total value is relatively small. So I think it's more of a win for employees that participate in the programs. 5% not enough?

5% is a decent amount if every 401k gets on board. Who knows if that will happen or not. What's funny though is 401k companies now telling you what you can and can't do with your funds lol another reason why 401ks are dying. It's really up to each person now to work on their own finances and stop trying to rely on the government. It NEVER works out. Issue with that though is as we can see people are VERY short sighted with their finances.

Absolutely, and that's a sentiment that is shared by more and more people. We dont have 401k here but have an equivalent and I have 2 friends in their late 30's that have just cashed it because they believe they can do better with self-investing. And they have done will investing so I have no doubt they've made the right choice. How times are changing!

This will be an awesome option once others begin offering it. Whenever Fidelity and TRowe decide- if they do, I’m in 👍🏽

Very outstanding and gonna be a awesome option once others begin offering it. Thanks for the update you are doing well.