This is great. I would love to see my stats, Asher.
!BEER

In April (2021), you authored 10 top level posts comprising of 27850 characters. You also entered 341 comments onto the Hive blockchain totaling 61971 characters of text.

You used 4 different categories for your content and hive-174695 was the most popular, chosen 5 times.

The post shared with the community the most was lmac-back-from-the-crusades which was Re-blogged 7 times.

In April, you cast 475 votes, 0 of these were downvotes, and 0 votes were cast to self.

Your average vote weight (to the nearest whole number) in April was 99%.

You spoke to angiemitchell the most, leaving 22 comments and johannpiber spoke to you the most with 32 comments.

You upvoted johannpiber the most, 20 times, and chose to issue 0 downvotes. 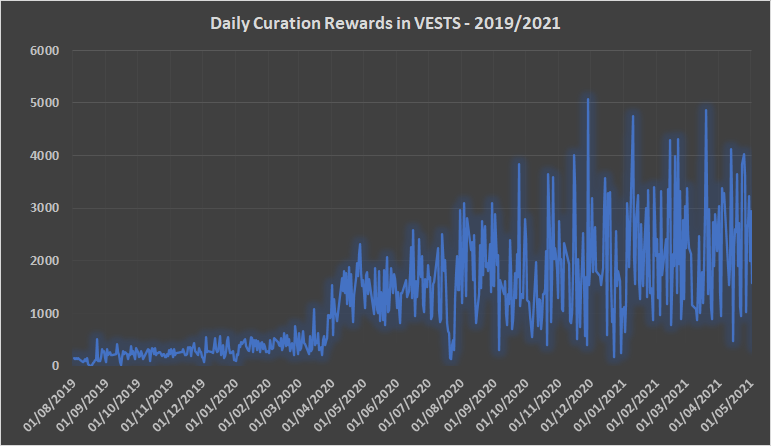